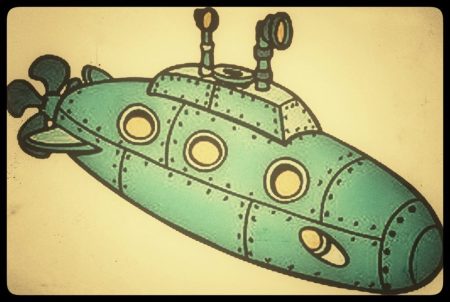 I Like Todd Carmichael, ever since I became addicted to his TV show Dangerous Grounds years ago. What lengths this man went to and where he went to get the planets best coffee is amazing. To this day I still watch the now canceled show reruns religiously on Pluto. I honestly believe this man wants to serve the best coffee on the planet to his customers and clientele.

I am here today in the downtown Los Angeles Frogtown area to go to his recently opened Coffee Roastery called La Colombe Frogtown. Small trendy glass box shaped building located in a residential neighborhood that you would never find without GPS. It sits at the end of a residential  street on a cul de sac where there is absolutely no parking, what little parking is on the street is takin by the residents. It took me 45 minutes of waiting for someone to leave in order to park.

Once inside its a pretty millennial yuppie little modern glass structure with seating inside and out. It has a glass view of their roaster and production area. They have several of there coffees for sale of which I bought there Ethiopia Yirgachefe Medium Roast, we’ll get back to that in a second.

The reason I’am here is to taste what I have been longing for a long time,Todd Carmichael’s La Colombe coffees. To start with I ordered a Medium drip of a San Salvador Medium Roast, as I was handed the coffee I looked down and was reminded I would have to pay on one of those swivel mounted registers created to shame you into a tip.

Now in my opinion I purchased a coffee at an already high price and was handed that which I was about to pay when the man behind the counter turns the screen, where upon is my coffee price along with how much I would like to tip. Would I rather 20-30-50 or 100% for my gratuity…..Man this pisses me off, and I used to fall for it …until recently when saw that at the bottom you can select ..other…. Which I now do….I left a $2.00 tip, which is fair, don’t you think?. When the man behind the register turned the screen back around and saw what he must have thought was a punny tip I got a snicker half laugh and a here’s your coffee buddy comment. Todd Carmichael is starting to lose his shine.

Calm down, Back to the coffee.

The San Salvador Drip I was served was burnt. You know when it has that taste of being overcooked or left on the warmer to long it arrived extremely hot. I had to let it sit for five minutes so I could take a second sip. When I did right off the bat I could tell it was way over burnt. So much so I could not distinguish any exceptional favor. It was no better than a bad blend at Dunkin Donut. Things seem to be really going down hill now.

As I mentioned before I bought a 8 oz. bag of Ethiopia Yirgachefe Medium Roast at $15.00 and did not even think of complaining because I had anticipated this for a long time. I took it home and the next morning we prepared it just right. I added a little cream which I always do and sat down in the living room for a taste.

After the first taste I knew something was wrong, it was terrible. I retraced all my steps again and the same, terrible. What could it be… I tried again and this time took out the cream and it was Better. Still not great but good with a light flavor and exotic taste.

Did this new Frogtown La Colombe live up to what I thought a Todd Carmichael owned coffee shop would be….No it did not…Not this time. Maybe next time at a different La Colombe my experience will live up to my expectation.